You’ve got me locked in

Normally known for its great history, beautiful nature and as a soft spot for millions of tourists. Italy is today the talking point when it comes to the Covid-19 virus, and the first real quarantine after it started spreading in Europe. It’s also a country with a vibrant music scene, which is now being threatened.

As the Covid-19 virus spreads over the world, we follow it to where our partners and friends are. This time we find ourselves in Bologna, northern Italy, to try and find out how the country’s total lock down affects the venue owners.

Katia Giampaolo runs the historic live music venue Estragon Club in Bologna. With a capacity of 2 000, a great reputation and a strategic position for bands going into Italy, it’s safe to say that Estragon Club is used to a big crowd and more noise than silence. However, on February 24, that all changed, as the venue was shut down to prevent spreading the virus.

− We’re surviving for now, but the longer this goes on the harder it will be. For a venue there is always money going out, and we’re already several weeks into the problem, says Katia Giampaolo.

At the moment Italy is under a strict quarantine and people are not allowed to leave their homes, besides from the most important trips. And although Katia Giampaolo understands the seriousness of the situation, the lock down brings a tremendous risk for her business.

− The government are working to find a way, delaying rental and tax payments and so on. There’s also support for private citizens but not yet for venues. If this goes on, I really hope they will find a solution to help us as well, she says. 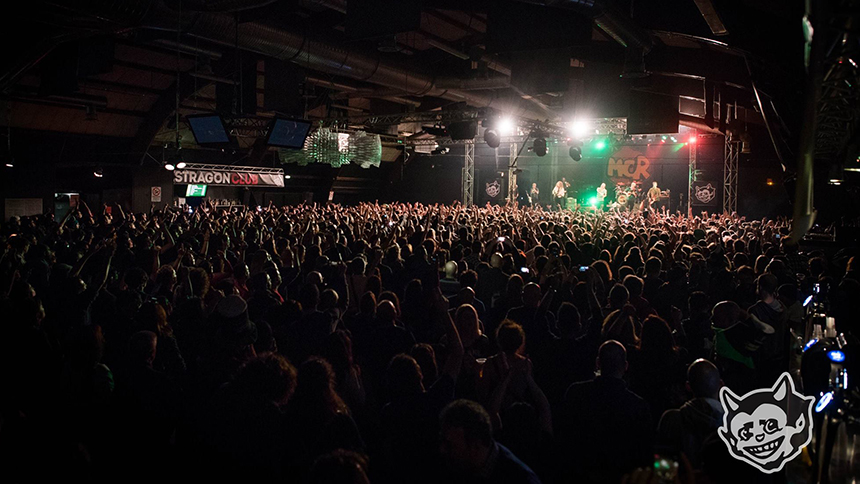 Katia Giampaolo and her friends heard and read about the virus spreading in Asia. But as with a lot of things it’s difficult to really understand a situation when you’re not a part of it.

− Two or three days after the first confirmed cases in northern Italy we realised we had a big problem, and in less than a month we had thousands of cases, she says.

She’s now working from home trying to stay positive, but in the long run it’s hard not to be worried. The quarantine is supposed to last until the 3rd of April, but Katia Giampaolo believes it will be extended. An – all be it – necessary action but also a problematic one, because sooner or later Estragon Club, and every other music venue, will need financial support to survive.

− We must find a good approach. It’s a bit weird to ask for money when people are dying, but at the same time artists and venues won’t survive if this isn’t solved. At the moment, I don’t know what will happen. My approach is of course very attached to the live sector. I’m a booker and one of my favourite things is to travel and look for new bands. It’s very hard to get the same kind of feeling during a live stream, she says.

It’s pretty simple. Everything is connected. No musicians equal no music. No venues equal a MAJOR problem not only for live music but for cultural life as a whole. It’s time to chip in, and if you’re able to, support your local music scene.