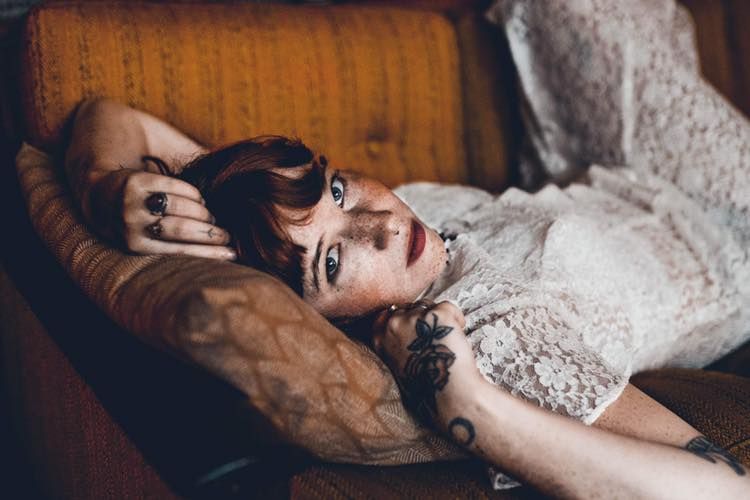 This year will be Copenhagen-included, with stuff happening this spring, this summer and this fall. First out are two stunts with the tiny strawberry-field type place called Tjili Pop on Nørrebro – and first artist to go is Tilde Hjelm. Here’s some words on what she’s about right now, including the trip south.

The new single “I Hate You Jim” has received very nice reviews. Would you like to tell us a little bit about the song?
– Thanks! Feels nice to hear so many sweet words from everyone. The song is shaped by a time in my life when I left something behind, met someone new and had an amazing time recording. Me and Caroline Wickberg, who recorded the song, went in to Svenska Grammofonstudion for two days and played around till it felt right. It´s fun to work with different producers, and especially with a dear friend like Caroline.

You’ve said that the single is a “leap forward, yet a goodbye at the same time”. You can really sense the “goodbye” in the music video since it takes place at a graveyard. Who’s idea was that?
– Yes exactly, a “goodbye” can be mean so many things. Both emotional and physical. The idea of the graveyard was mine and it was a lot of fun. We took a walk with the dogs and the ideas for a video came along a little at a time. I like the simplicity of the video. Sometimes you don’t need all that much to convey a feeling.

The song can interpret being left by someone you love and also that the person has died. Is Jim a fictional person?
– That is something that I will leave unsaid. I want the listener to make his/hers own interpretation on that and maybe “I Hate You Jim” can become important so someone else too.

As a musician it’s not always that easy to get to play abroad, but 24/4 you are playing in Copenhagen. Are you excited to see how a danish audience will perceive you?
– It’s very fun to play outside of Sweden. Last spring I played at SPOT Festival in Århus, DK and my lyrics are in English so it’äs nice that it seems to be working out great. My music is also appreciated in Turkey. That´s probably where I have most of my fans, which feels exciting! I want to go to Istanbul soon.

Do you have any more plans for the future? Didn’t you talk about fleeing the country, leaving everything behind and becoming a sea captain?
– My plan is to release more music. I have a lot of projects coming up and I’m very curious about where it will lead me. But yes, to become a sea captain has always been a dream of mine – to sail great ships on the far open sea of Greece during season, then come back home to write music during the cold winter in the gray nordic scenery would be great. I like the contrast and I need both adventure and ease in my life.

Tilde Hjelm plays Thili Pop on Wednesday 24th of April and Marcus Wilsson will be there Wednesday 29th of May.