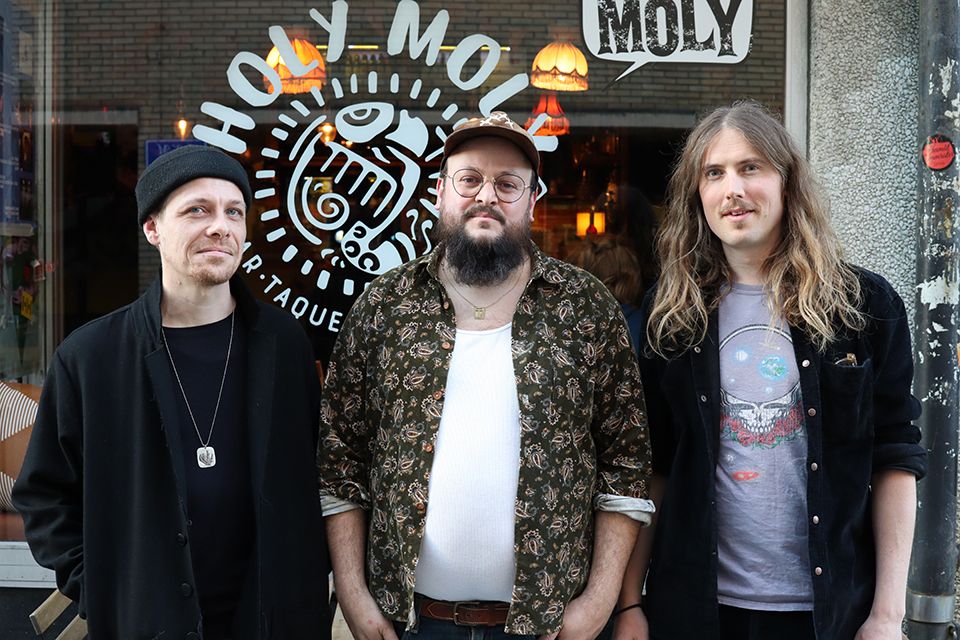 – I don’t want to talk down on touring, I love it and will get back to it, but music can be enjoyed in other ways than we’re used to, says Daniel Skoglund, aka, Songs of Boda.

Messed!Up Viva Session is a co-production by Westside Music Sweden and Messed!Up Mag, shooting our favorite bands and artists on stage at our favorite venues in Gothenburg. Our second episode features singer-songwriter Songs Of Boda, who's working with our partner Adore Music. This time around the hosting venue is Holy Moly, a taqueria in the heart of Andra Långgatan.

We talked to the man behind the music, Daniel Skoglund, about the session and his thoughts on performing without an audience.

– Well, there was actually some people there. The crew working, but also some beer-drinkers without breaking any restrictions. So, in a way it was business as usual. For me it always helps knowing someone’s listening/watching. That consciousness makes a lot of difference. I enjoyed it, he says.

With shows having been cancelled all over the globe we have seen a rise in streamed concerts everywhere from living rooms to professional studios. When asked if he sees streamed concerts as potentially becoming a more common feature for artists even after the crisis, Daniel responds positively.

– Absolutely! I think it’s obvious that this situation will give a lot of new perspectives and that some good will come from it. A lot of people will develop their streaming or their home studios, you name it. Some might even prefer that to driving around in a sweaty tour bus. Believe me, I don’t want to talk down on touring, I love it and will get back to it, but music can be enjoyed in other ways than we’re used to, he says.

Having released two albums, Songs Of Boda is currently working on new music and give us an update on the process.

– Right now, it’s all about finishing a new record which is quite compatible with the crisis. Not many gigs planned, but I’ve had a couple being cancelled. At the moment overdubs and arrangements are being made. I’d say the album is somewhere between 60-70 percent finished and I’m hoping it might be released before the end of the year, with emphasis on might be. It’s not the right time to promise too much, says Daniel Skoglund.