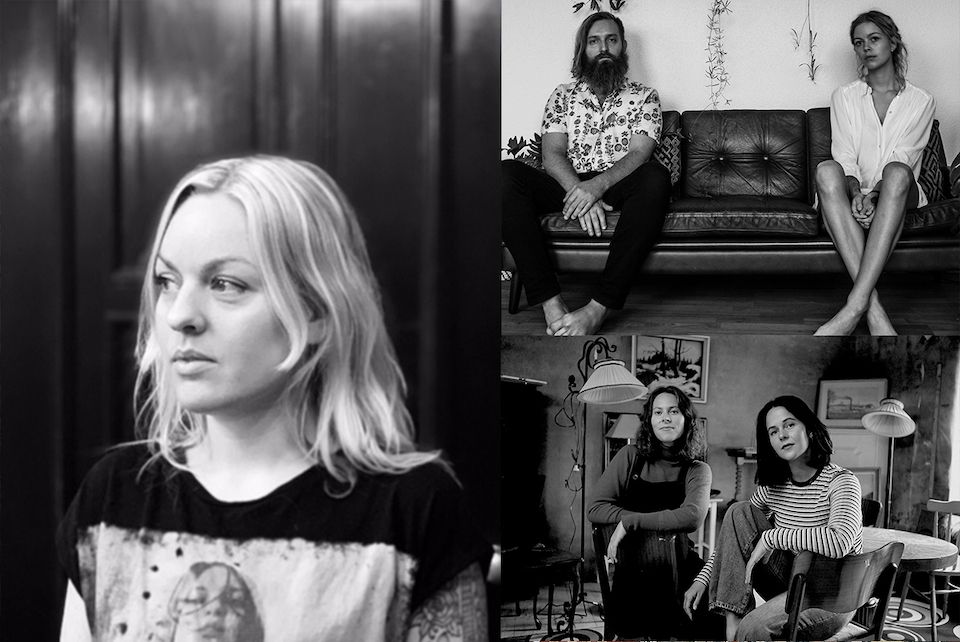 Three acts with one thing in common – an innovative interpretation of the minimalistic.
From Sweden comes Lisa Wanloo, from Norway Vi go Du and from Denmark Marí. Together, the three artists makes a joint tour through their home countries in early March. We are invited to acoustic music inspired by archipelago life, deep forests and the possibilities that lies within the human voice. Stripped, beautiful and undeniably touching.

LISA WANLOO, SE
Lisa Wanloo appeared on the Swedish music scene early 2017 with a clear and honest expression not many debutants have. She’s born and raised on Hönö, an island in the Gothenburg archipelago, and her music shares a similar raw beauty to the landscape she grew up in. With influences from americana and indie folk, her solo singer-songwriter performance is an intimate music experience with a strong backbone of really well crafted songs.
In October 2018 she released a hauntingly and beautiful EP produced by Per Stålberg and Kalle Lilja in Welfare Sounds in Gothenburg and Lisa Wanloo is since continuing to perform while working on new material. If you want to get lost in a unique, upcoming voice, keep an eye out for Lisa Wanloo.
https://www.facebook.com/lisawanloomusic/ https://open.spotify.com/artist/4hxlE5YsAXXBhVfkrytLwA https://www.instagram.com/lisawanloo/

MARÍ, DK
‘Mari’ is the chosen moniker of the Danish singer/songwriter Linda Josefsen. With her haunting voice and minimalist songs in the vein of folk music, Josefsen’s work is reminiscent of a force of nature wherein the tranquil and the feral are entwined.
She will perform live alongside Andreas Westmark (Get Your Gun, Hjalte Ross), in which they will explore the form and expression of Josefsen’s work, seeking out the core of this emerging artist’s sound.
https://www.facebook.com/marimusicdk https://soundcloud.com/emptytape/mari-price-of-love

VI OG DU, NO
Vi og Du writes music based on harmonized vocals in a soundscape that oscillates between beat-based and floating elements. The lyrics are written in Norwegian and the musical distinctiveness places the songs in a genre-crossing tradition. The music can best be described as pop though the duo is also inspired by genres like jazz, soul and the singer-songwriter tradition. The pop-duo consists of Iris Marie Gusfre and Anne Ingrid Tangen Kiær.
The vocalists have different musical backgrounds which are shown in both how the music is written and performed. The interesting encounter between genres is met with openness in the music, where the songs are distinct from each other, but throughout, nevertheless, there is a translucent thread that gives the listener an experience of continuity with crystal clear voices and a strong stage presence.
https://www.facebook.com/viogdu/
https://soundcloud.com/user-155121082