Revenge Prevails the calm before the storm

Revenge Prevails started out as a black/death metal band in 2008, but stayed pretty dormant until 2011. Since then their soundscape has slowly evolved into something deeper and more mysterious. They played Viva Sounds in 2019 and now they´re about to release their third full-length album; Habitats. This is the calm before the storm, singer Josef Svensson says when we hit him up.

– When we first started out we didn’t really care about anything except rehearsing and playing music. In retrospect, it was good that we wrote all of those songs for a start and didn’t focus on anything else. We learned a lot, it made us better musicians and songwriters. Those old songs are quite naïve compared to our newer material. Rehearsal is still the core of this band and always has been. Rehearsal is when we hang out, drink coffee, discuss the future, the past, write and play music together. Nowadays, we rehearse once a week in a mysterious log cabin deep in the woods.

This is the band's third album and now Revenge Prevails was determined to get some help.
- We recorded our first demo/EP with help from someone experienced in that person’s home studio and that made us think: “Hell, that wasn’t so hard, lets do it ourselves!”

Said and done, on their first two full-length they engineered, recorded, and mixed on their own. But their second album also took about twelve months to record, mix and master. - - Jeez, that’s what you get for recording on your own!"  Josef continues; they sound like us in the most genuine way possible and it was a very educational experience to record both of those albums. The recording of Habitats only took eight days to record. We did an extremely meticulous pre-production work, so if you include all the hours that we spent arranging the songs, preparing click-tracks, writing lyrics and all the practicing, eight measly days fade in comparison. We showed up at the studio with every little detail prepared. You can’t just show up at a studio and hoping the studio technician can just “work their magic” and make your half-assed music sound amazing. You can only polish a turd so much, it has to be solid through and through.

– Our aim with this record is to open some people’s minds to other kinds of music. All the members of Revenge Prevails listen to different kinds of music, and our sources of inspiration diverge. Diversity makes for a rich tapestry. Our music has been called eclectic and too diverse by some. Some parts of this album are the craziest, heaviest, and most gruesome music we have ever created. Some parts of this album are the prettiest, calmest, and most harmonic music we have ever created. Like the sea, tranquil and beautiful at times, but also brutal and without mercy!

Creating Habitats were immensely draining, creatively speaking. The intro for the first song of the album is an old arrangement from their olden days in 2011, but it has been transformed from a generic black metal riff to a synthy, voidish, dream-like intro. Eight out of twelve songs made it to the album, and those eight songs have been rearranged so many times they lost count. Habitats sound almost pristine in a way, like this is how it has always sounded and should sound. This album is quite different from their other albums.
– It’s a small glimpse of what once was, a pinch of (too) old murky spices to confuse those taste buds. The meal shouldn’t to be too easy to swallow! Or to vomit… Josef laughs.
– We actually thought we were done writing it back in January 2019 and had the studio booked and everything. But in the last moment, we felt that it didn’t meet the standards that we aimed for and therefore we pretty much rewrote the whole goddamn album, again… We are our own worst critics and therefore it can sometime be good to have someone from the outside looking in.

Habitats was recorded in Armageddon-Recordings in Vänersborg, owned and managed by Anders Backelin (Lord Belial, Death Tyrant & Trident). We choose to work with Anders because we like his previous recordings. Of course, we knew of Anders but we did not know him personally so we hit him up on facebook and asked him if we could come by for a visit at the studio. We went to his place and got along pretty instantly. Anders knows his onions, he just knows what to do to make shit sound good and he always gets amazing result. He is a “all hands on deck” kind of guy and doesn’t leave work half-finished. If you are thinking about recording an album, hit him up, go for a visit to his studio and see for yourself, you won’t be disappointed. Drums were recorded before Viva Sounds in November 2019. Guitars, bass and vocals were recorded in January/February 2020 and mixing & mastering was done in Mars/April.

– We will release this sucker in one big chunk! No singles or stuff, pre-release. We are a small-time band with few listeners. Habitats will be released on: Spotify, Bandcamp, Youtube and physical CDs. Maybe cassettes too, but not vinyl at the moment, that is too expensive. So, heads up record labels!

Revenge Prevails were planning to do a big-ass release gig for Habitats, playing the whole album in its entirety, which is, as we all know not possible at the moment. They also had some shows booked in the autumn of 2020 which will most likely not take place. Instead  they´ve started working on a concept EP that is slowly taking form. Since there will be no gigs in the near future, they are planning on doing a “Cabin-live-session” sometime this summer at their mysterious cabin in the woods, filming themselves playing a bunch of songs with full live-getup. 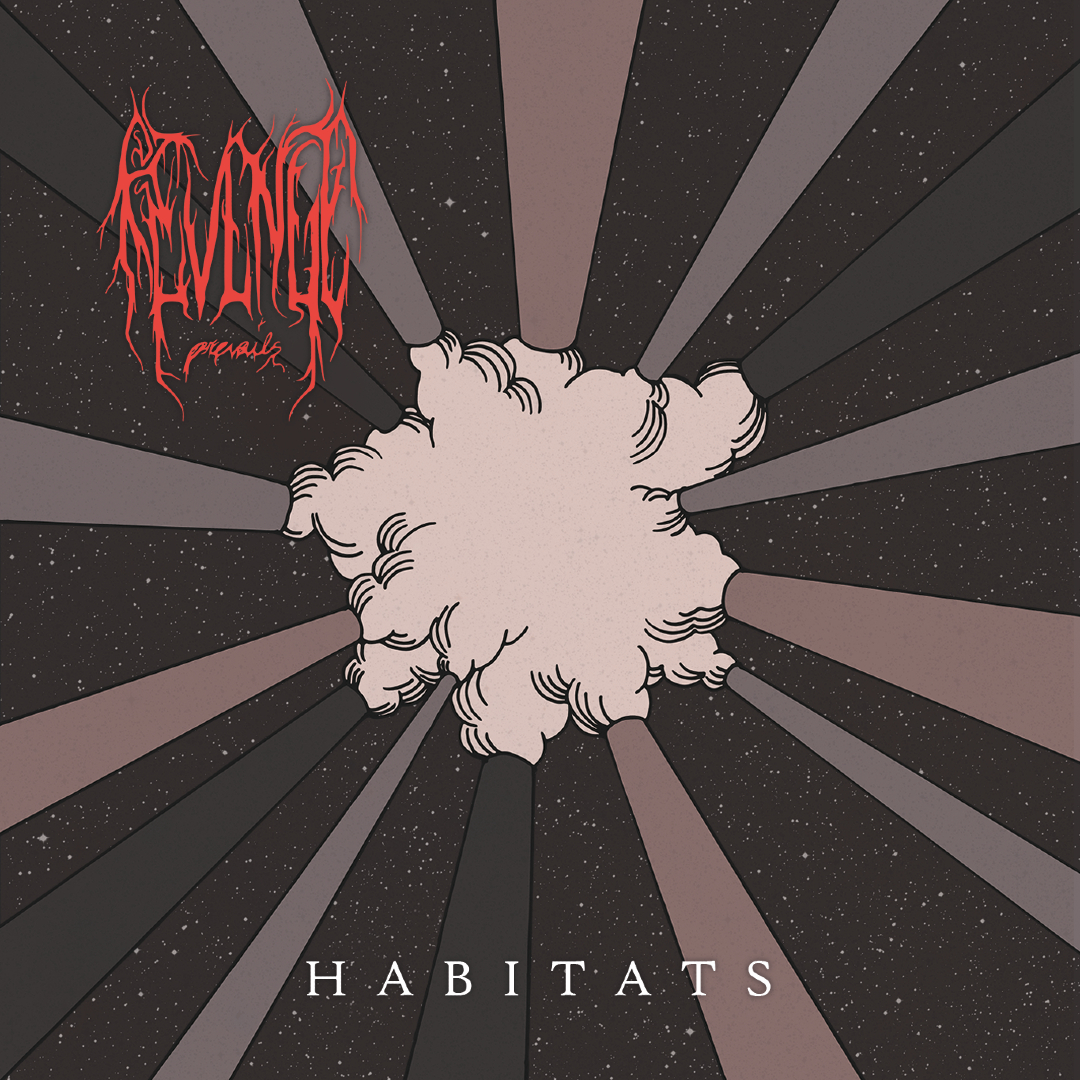