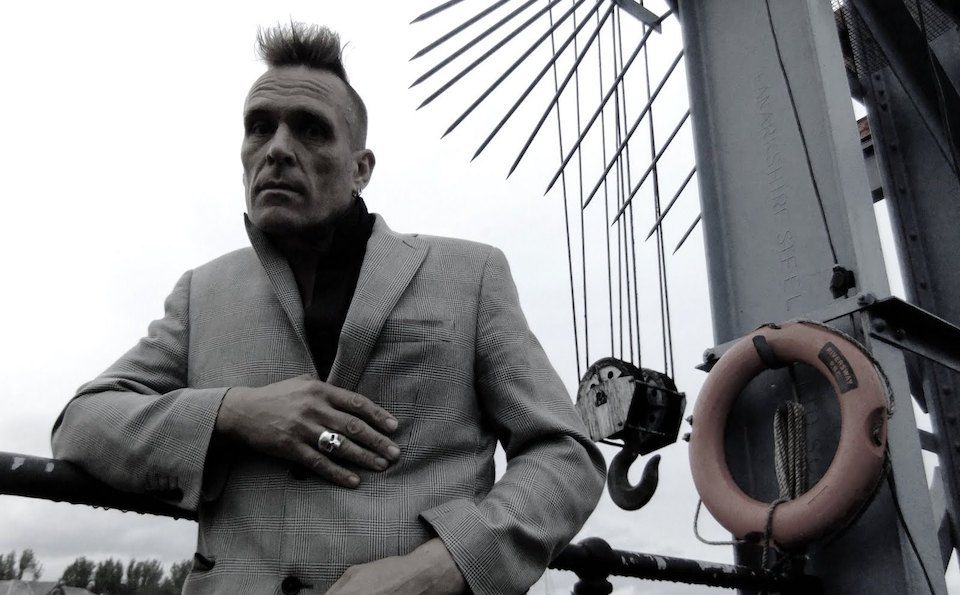 Pop culture at its best is about change and going forward!

John Robb formed The Membranes 1976 in Blackpool as punk rock saved his life, and he has ever since been part of music – as a musician, as a journalist and as an author. Given his broad experience we could not be more happy to have him part of Viva Sounds and had to get in touch to ask him a few questions.

Just to add to the picture, John was probably the first person in Europe to interview Nirvana, he coined the phrase Britpop, did the first interview with The Stone Roses plus most of the bands from the emerging Manchester scene. He runs the magazine and online music platform Louder Than War and the festival Louder Than Words, he interviews people on stage at various events, he makes Ted-X’s, spoken word performances, and is still active touring with his band, who inspired both Big Black and Sonic Youth.

Hey John, you’ve spent your life in music, has the industry gotten better or worse in general, in your opinion?
– It just fluctuates and changes. Pop culture at its best is about change and going forward. There was no golden era when it was ‘easier’ or music was ‘better’. If you exist outside the whims of fashion and on the edge of culture it’s never easy! Technology means you can get yourself listened to outride the circus but that’s not a given either. When I started it was about records first, you toured to promote the album, now it’s about live music and pushing on through the internet – this means there’s a million gate keepers and that’s reflected by the music which has become more and more diverse and this should be celebrated. There is no-one in control and I celebrate that.

“There is no-one in control and I celebrate that.”

With music being more and more driven digitally, what role do you see the live game playing now?
– The live experience is more important now than ever – in a world where everything is shrunk onto an iPhone screen it’s great to be in a room with the shamanic tribal and powerful force of music in full flow – also enhancements in technology have meant that its possible to create quite ambitious music and live experiences that can be really diverse – I love the way that music can be a myriad of styles from Aphex Twin byte-techno to primitive guitar bass and drums sonic violence to orchestras or choirs hooking into ancient melodic structures – in 2018 you can listen to all of these and they all make sense. Post Spotify all music is on the table and the tribal restrictions of my youth have been shattered.

As we’re running a conference and club festival, and I know you travel a lot, what makes a conference being a good one in your eyes and experience? And what makes a bad one?
– I love the conferences where music and culture are centre stage – there is a polarisation between the business orientated events which I’m sure are really important but mean little to me and the events where a real imagination and care is taken over the music, like Tallinn Music Week in Tallinn or MENT in Ljubljana, where you see bands that blow your mind and spend time with people who are as immersed in art and culture as you are – Tallinn gets extra points for still believing you can change the world with culture – a big plus in the cynical times.

You will be talking on music journalism when at Viva Sounds, and our under-label is “Can we shake it back to life” – where do you think it’s all headed?
– New punk can’t happen. Punk was a moment in time in the UK where a small amount of people tore a hole in the stuffy fabric and let the madness out. That is not to say there can’t be new revolutions – there are always musical revolutions – acid house was a massive musical revolution but very few music writers were involved in it so it is not written about much. Black metal was a music revolution and post black metal is where some of the most fascinating modern music gets made.

Music writing now is vastly different from what it used to be but don’t be fooled by the idea that there was a golden period – the 60 year old writers like to tell you that they were in the golden era of writing but there are great writers now as well – their voices are harder to hear in the avalanche of media but that’s not a bad thing – these days you can hear the music yourself and make your own mind up – the role of thew writer is not dead – just changed – now it’s about saying “listen to this!”. Some writers still believe that slagging off a Mumford and Sons album will end that bands career but Mumford and Sons fans are not reading those reviews – they follow the bands facebook pages instead and listen tot heir streams. Our job now is to say: look there’s loads of other great stuff going on like the current Russian music scene and try and tell people how good it is and why it’s there…

Last, what’s your opinion on Swedish music? Any bands, artists that you like now, or in the past?
– Sweden is fascinating really – it is a high flyer in music for a relatively small country – I guess the Abba factor helps there. It has always been good at pop music but the darker underground of bands like Opeth is interesting and fascinating to see and how big they have become on their own musical agenda. I also really love The Hives – I saw them play recently and they were as good as ever. I also like choirs and Sweden has some of the best choirs in the world.

John Robb will be talking on MUSIC JOURNALISM
Saturday 12.30
https://westsidemusicsweden.se/2018/10/09/john-robb-uk/