We’ve been blessed with the opportunity to have artists to Festival Marvin in Mexico City for the last two years – The Bongo Club in 2017 and Linn Koch-Emmery plus Annelie this year. And since Marvin seems to be such a stellar set-up within both music media and live, we dared to invite them to Viva Sounds. Happily they accepted our invitation, so of course we had to do an interview.

This Saturday you’ll have the chance to meet Ceci Velasco and Uili Damage at our conference at Pustervik, and also around town checking our program out. Given their work they do give the most humble impression. Love people like that. Here’s what we talked about. 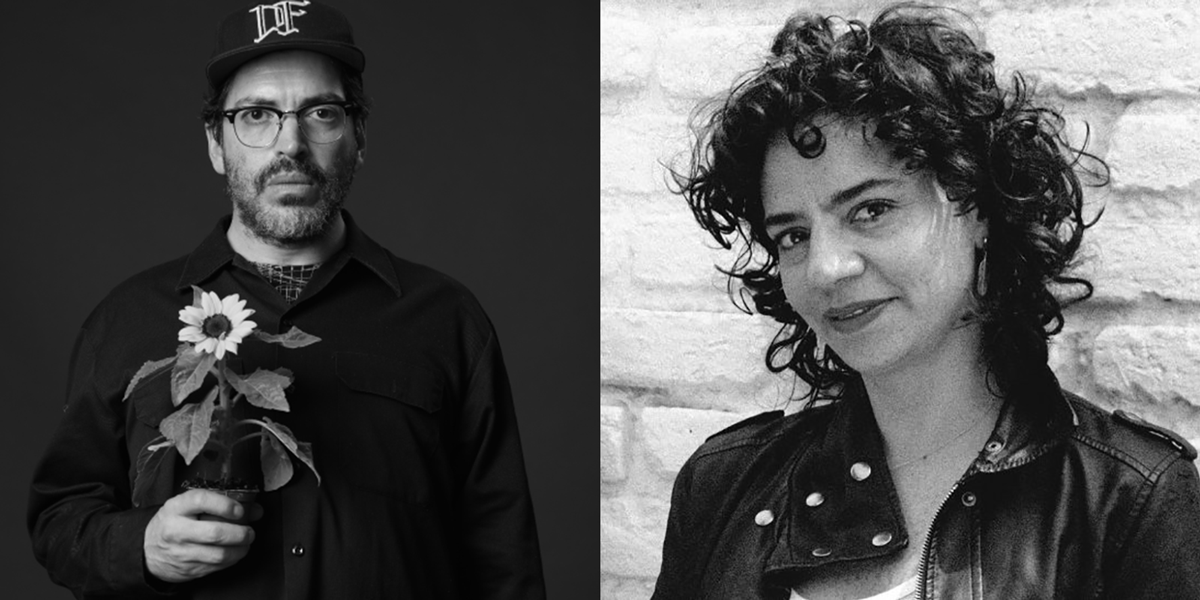 You’re running quite an impressive platform, all based on music. How did that all come together and what has been your strong points in making it happen?
– It all starts from our magazine Revista Marvin, devoted to music, arts, movies, literature, and now even stand up comedy. Having already taken over www (with the website and social media) it needed a final experience to live music culture in every way possible. The natural step was taken 8 years ago with Festival Marvin, which presents all this approaches to both burgeoning and consolidated music culture.

I know you travel as well, what is the most significant differences you see with music and the life around it looking at Mexico (plus the areas around it) and compared to Europe?
– Mexican modern music and its industry is still younger than its peers and we’ve having a hard time catching up due to economic differences mainly. Nevertheless, Mexico has gained favorite status along common tour destinations because of the ardent audience welcoming not just hip music but also a wide range of acts.

What is similar and what’s the bigger diffrences?
– From several years now, we’ve reached competitive standards for production to make an appealing healthy scene useful to many outputs in the industry.

What is still far apart?
– Economics are still a hassle, not taking in count the transportation fees. You can get to see top notch acts for really affordable prices week-round in many major cities worldwide, but the promoters still insist in elevating their fee rates excessively, just on the idea that the Mexican audience will pay anyway. With the rising number of show opportunities year-round we truly hope to even this scenario in order to have a more healthy circuit.

Since you also run a festival, what makes your festival special – what is so Marvin about it?
– It’s a community gathering. It’s made possible with the participation of the people that lives and works in the Roma and Condesa neighborhoods. It has the high production standards of the main festivals and also works in an intimate, laid-back logistics and spaces where you’re not bounded by the site’s specified grounds. It happens in the heart of the city with the participation of the city.

What do you know about Swedish music?
– For years now we’ve received amazingly high level of several pop music creators (yes, ABBA, but also within this lines of The Knife and Refused) and then enjoyed the most audacious music experimentators. We perceive that the years have brought the most interesting blends along those lines and though today Berlin is an important creators magnet-location for art from all aver Europe, Sweden still have interest in projecting talent from the homeland rather than moving carrying the flag.

Or any other things you’re interested in checking out when over where?
– Of course there is the Marvin axis of interest but also the places and conditions that provoke this to happen as it’s happening today. How you approach it, how it affects you and then how it reflects on anywhere outside Gothenburg, Sweden and abroad. There’s The Swedish Theory of Love movie approach, the Millenium saga approach, some more pop culture to name here and there, but there’s also a number of faces of the Swedish culture to be showed and discussed to create both better understandings and collaborations between our societies.

Awesome, thanks – and welcome to Gothenburg. It will be quite dark, might get cold, please bring some warmth with you.
– Thanks, I’m sure we’ll love it!