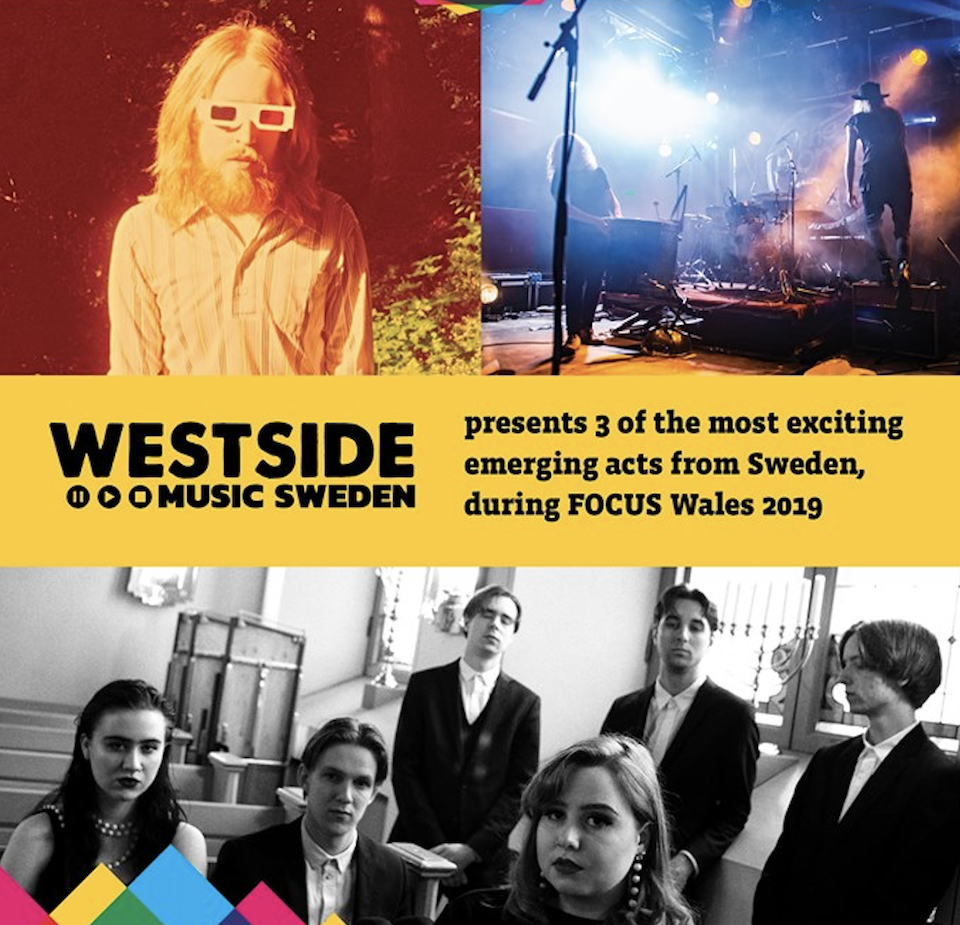 Our focus is set on Wales!

We are happy to be back at Focus Wales – and this time with our very own stage! Let’s make a trip with Telos Vision, Agent Blå and The Bongo Club.

What’s the first thing that comes to mind when you hear the name “Wales”? A piece of land next to England? Ridiculously over payed football star Gareth Bale? Well, it shouldn’t be. It should be music. It should be Focus Wales. Based in the northern city of Wrexham, it’s basically at a walking distance from both Manchester and Liverpool, and a great place to visit.

This year we are happy to showcase three Swedish acts on our very own stage at Tŷ Pawb! First out is no other than Telos Vision, one of the latest signings of Gothenburg label Welfare Sounds. And for front man, guitarist, singer and visionary Teodor Boogh, Focus Wales is afirst one.

− I have never played a showcase gig before, so I just hope that it’s a festival where you get to meet people like yourself. The people that have seen us earlier likes us, and to spread my music in a new context, without knowing what’s going to happen, is really exciting! Usually a quartet but now, for the first time ever, Telos Vision will be performing as a trio. Meaning that the audience in Wales are in for a special treat!

− It’s going to a be a unique show. Intense, sweaty and with a great deal of guitar solos! It’s always a pleasure playing in front of new people, just to get up on stage and into the eye of the storm. A storm, that’s basically what Focus Wales is to the city of Wrexham. Showdown is between May 16 and 18, filling the city with more than 200 acts on 20 stages. Quite the invasion for a place with just over 60 000 inhabitants.

Accompanying Telos Vision we got our own special agent; Agent Blå. This time on amission in Wales, band member Tobias Bauer walks us through the preparations and expectations.
− It’s time to discover Wales, play some music and pet some sheep!

With their shiny new album Morning Thoughts just being released the timing couldn’t be better for Agent Blå to travel to Focus Wales. And to play on the British islands seems like a match made in heaven.
− We often get compared with British bands, so hopefully they´ll recognize our sound but at same time find something new in it. From there it’s just about meeting new people, establish contacts and play our music for a broader audience.
We got it all. Guitar solos, British sounds and new music. Hook, line and sinker. Catch Telos Vision, Agent Blå and The Bongo Club live at Tŷ Pawb on May 16, at 6 pm.