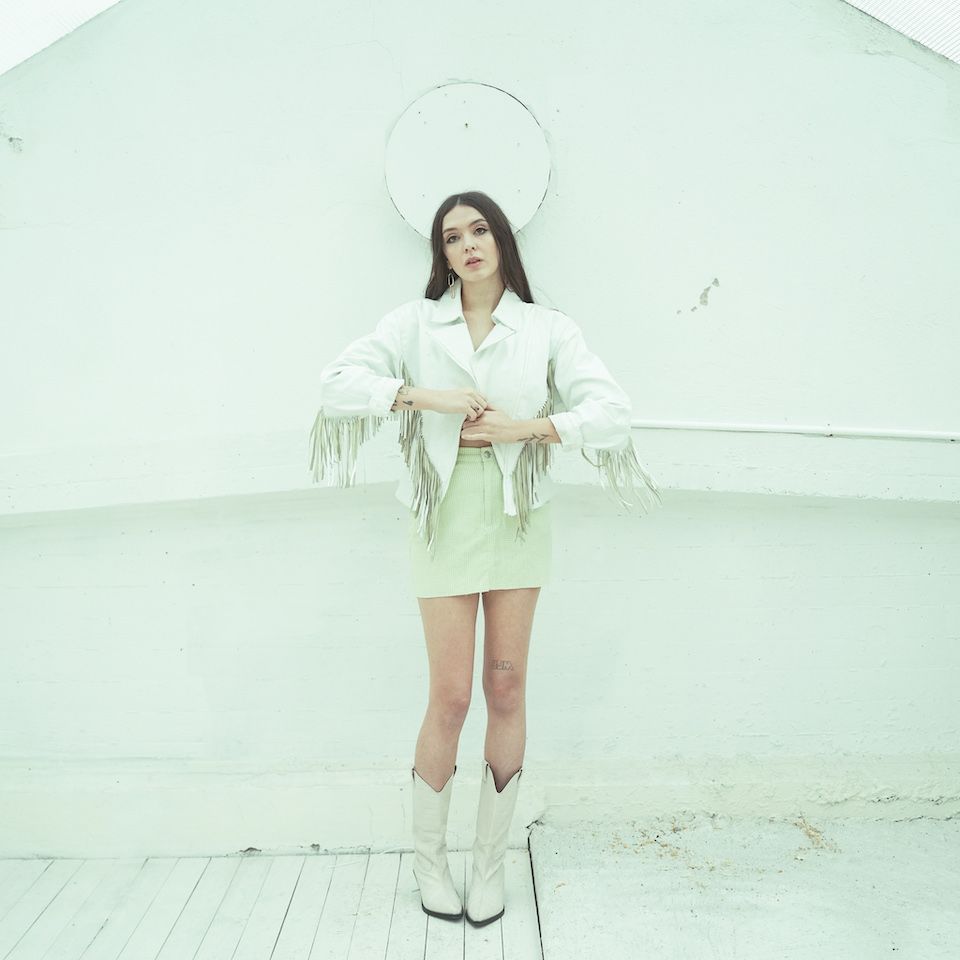 Michaela Åberg's debut album This is Fine has landed. After releasing the EP Merry Crisis last year, the vocalist is back with a seven song effort. It's still trippy music with a lot of stuff going on, distant but also very much on point. We checked in with Michaela to get some insights on the release.

Fast, on a small budget but with her best friends, that's how Michaela Åberg recorder the album, released last Friday, June 3rd. Time was spent at Studio Påtår with producer Johan Holm, who also served for drummer duties, as he does in End of Fun, where Michaela also sings. Some more members from the band are also playing on This is Fine, so it's intertwined.

So how does the music differ for you?

– It's close to End of Fun, both my own project and the band are guitar driven with a lot of monotonous elements, but this is more slow and mysterious. It's desert psych rock, with a rough musical landscape and with sort of soft haunting vocals, Michaela says.

So looking forward, where are you taking your solo project?

– I’d love to play live and see where it goes. Tonight (Friday, June 3rd) I’m playing at Pustervik at my release party and I love to gain listeners through the live format as I feel like they tend to be loyal. And who knows, maybe I'll write some new stuff, we'll see.

Keep your eyes open for the next opportunity to see Michaela Åberg live, and spin this album on Spotify in the meantime. It's an investment with better rates than any bank.