– For me personally, the hardest thing has been not being able to attend shows so I’ve had to occupy myself with other interests. For example, John and I have started growing plants, says Alma Westerlund singer of Beverly Kills.

The third episode of Messed!Up Viva Sessions recorded at Pustervik features Beverly Kills performing their latest release, Elegance in a State of Crisis, in full. Alma Westerlund, singer of the band, share her thoughts on recording the session.

– We’ve done a couple of sessions before, so it didn’t feel too strange, still it’s always a bit different. No two sessions are alike! This particular evening everything felt great and oh, how fun it was to get to play live again. It became a bit special as well, since we got to play “New Years Eve” for the first time, she says.

Having just released their debut EP ‘Elegance in a State of Crisis’ with Welfare Sounds, the band are still enjoying the fruits of their labor.

– The reception has been great. We have received so many nice comments, it’s almost hard to grasp, Alma says. 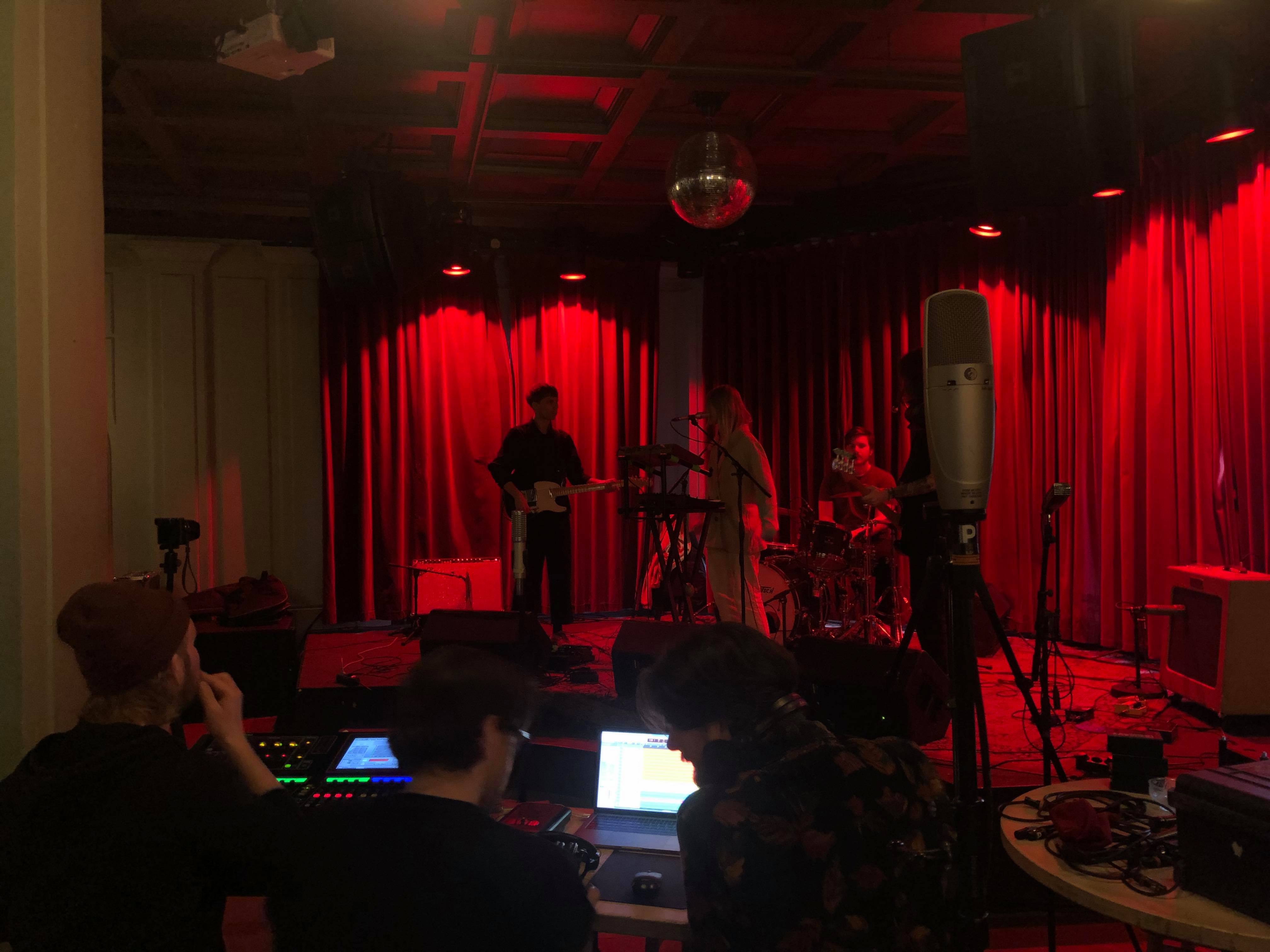 Speaking about keeping things in movement when you can’t perform live, Alma give us an insight to the everyday life of Beverly Kills at the moment.

– We're keeping on as usual! Of course, we put a little extra focus on writing new material, but it’s an ongoing process. For me personally, the hardest thing has been not being able to attend shows so I’ve had to occupy myself with other interests. For example, John and I have started growing plants, Hampus has started playing Dota again and Viggo mostly hangs out on Zoom, she says.

The 30th of April Beverly Kills are performing at a drive-in show, the type popular in the 50's, with cars parked, popcorn in the seats and with horns instead of applause together with Terra and Division Of Laura Lee at Bananpiren in Gothenburg.

– We are all very excited about it. Apart from that, we can be found trapped in our sweaty rehearsal space for the months to come, Alma says.