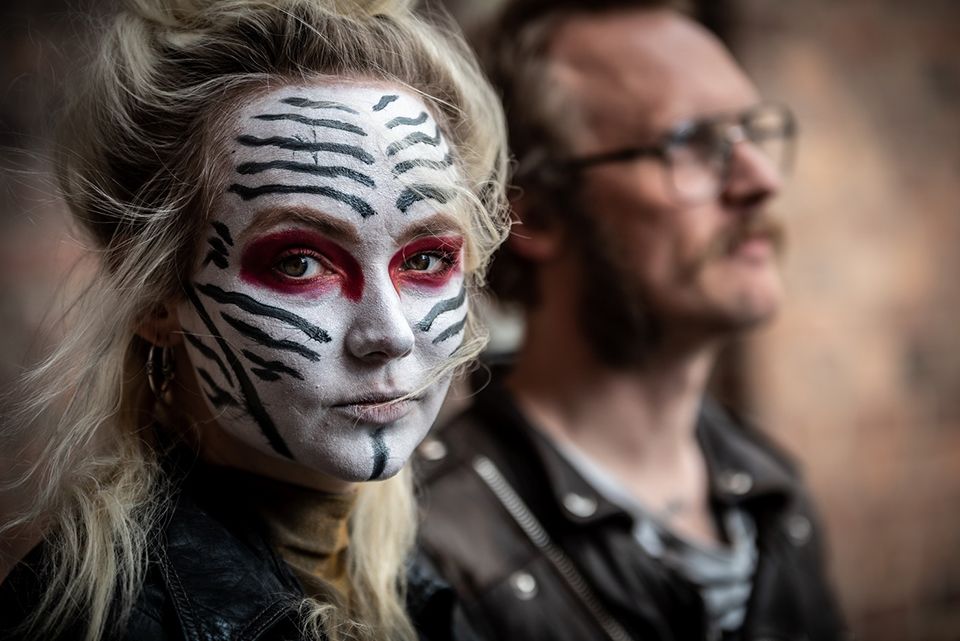 Another side of Virginia And the Flood

In the fourth episode of Messed!Up Viva Sessions, we see Virginia and The Flood take the stage at Musikens Hus for an intimate performance. We got in touch with Cornelia Adamsson, the person behind the zebra makeup to talk about the session as well as future plans.

Having already recorded two streamed sessions during the corona pandemic, with cameras instead of an audience, Virginia and the Flood is no stranger to the format. This session however, was slightly different.

– It felt a little empty on the stage as we were only two persons playing this time. If you watch the gig on Wednesday, you'll get to see another side of Virginia And the Flood, with a stripped-down soundscape, Cornelia says.

Not being able to play live doesn’t mean you have to stop being productive. During the past few weeks Virginia and The Flood has featured on two different releases; a trilingual single with Kanot called "Din Förevigt, Amen" and one with Tomma Intet called "Ta min hand inför din gud så ska jag dra dig ner till helvetet".

– I have also recorded new material with Melody Fields, that I am a part of. And I have been off to the woods writing new Virginia material. So, I’ve done a bit of everything, Cornelia says.

Last year’s release of debut album "Aqua Duck Down" received great reviews and saw Cornelia being nominated for best Singer -Songwriter/Country/Americana at Manifestgalan. And it seems like new music might not be too far away.

– You can probably expect something in the fall. Hopefully, it will be nice too, she says.

Virginia And the Flood’s session will be available on our Youtube channel, Wednesday 20th of May 7pm (GMT+2).